Back in June I was offered an excellent opportunity by Rebecca Crawford who works at Glasgow University with the Science Connects/STEM Ambassadors and Glasgow Science Festival teams. She asked if I'd like to join her with a group of pupils from across the west of Scotland on an all expenses paid visit to CERN in Geneva.

The students attending were selected from 58 entrants from 17 schools, having written essays detailing their reasons for wanting to visit CERN. The three-day visit was sponsored in full by Glasgow University, the Ogden Trust, CERN, Science Connects and the Scottish Universities Environmental Research Centre.

Having checked my passport, sorted out permission from my head teacher (thanks again, Mr Urie) and put together 3 days worth of work for my classes, I set off very early on Wednesday morning last week to meet up with the group at Glasgow University at 6.30 a.m.

The group was met by Dr Aidan Robson, who had organised the whole event, including the funding, travel arrangements and our itinerary whilst at CERN. Aidan is a particle physicist working not only at CERN, but in Fermilab in the US. In addition to his research he is also involved in outreach work, including running the Glasgow University Particle Physics Schools Masterclass.

After a minibus ride to Edinburgh airport, a flight to Geneva and a shuttle bus to Meyrin we arrived at the CERN at about 1.30 pm. Once we had checked in to our rooms in the CERN hostel and had a bite to eat, we gathered in the foyer of building 33, the main campus visitor centre.

Here we were met by Mick Storr, Head of Education and Outreach, who gave us a whistle-stop introduction covering the history of CERN -

After Mick's introduction we were able to visit the Microcosm exhibition, which contains a huge range of displays including many artefacts from CERN's history. Highlights include a section of the very first web server, put together by Sir Tim Berners-Lee, which hosted the world's first web page - http://info.cern.ch/hypertext/WWW/TheProject.html 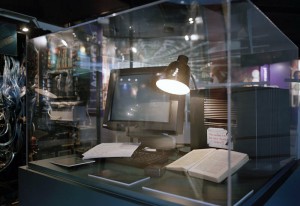 Next we were met by Ben Smart and Tom Ravenscroft, two PhD students working at the ATLAS experiment, who took us to the nearby site and showed us the main control room for the experiment. 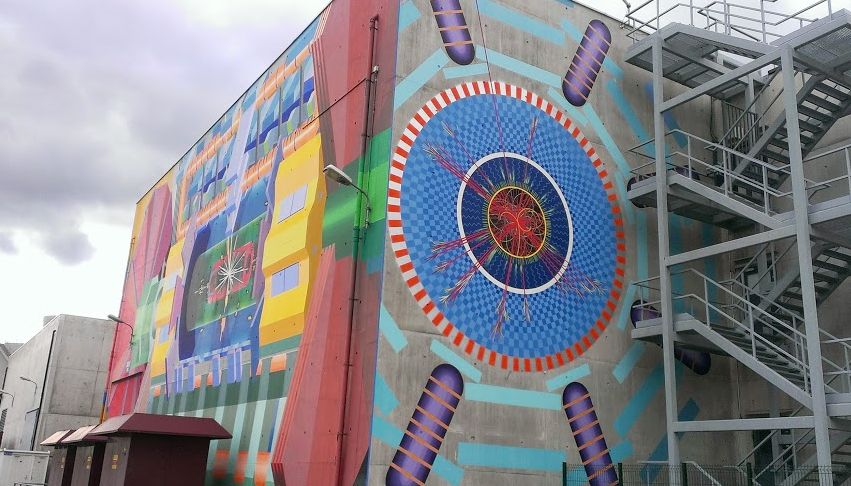 Here Ben and Tom explained their research projects and the operation of the many layers of the ATLAS experiment. ATLAS is one of the two experiments at CERN built to confirm the existence of the Higgs filed and Higgs boson, working independently of the other experiment, CMS. 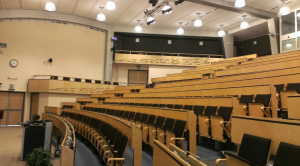 To round off what had been a long and very busy day, Ben and Tom joined us for dinner in Restaurant 1. They were very kind to stay on after dinner to talk to the students for a few hours, telling them about their experiences of studying physics at university and their work as researchers at CERN.

With heads spinning from all the information we'd taken in, and tired from the day's activity, the group retired for the night to get some rest before day 2.